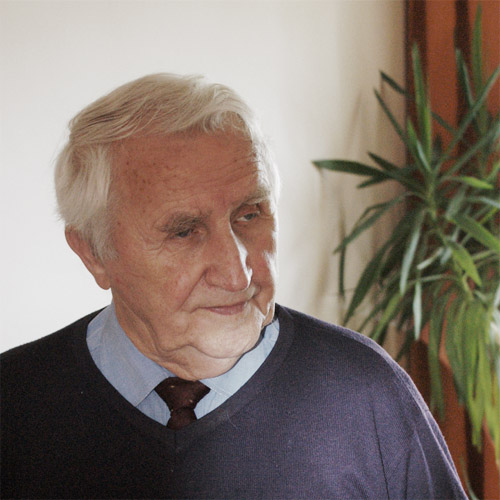 I was born in a city on the Kamienna River - Starachowice. It was January 1, 1933. The Świętokrzyskie Mountains would loom before my eyes. Not too far from my childhood home, Mount Miechowa was also visible, with its three crosses dominating over the city. My family home still stands at Podgórze Street, in a neighborhood known today as Trzech Krzyży. From this hill, the inhabitants of Starachowice put up an armed resistance against the invaders during the first days of World War II. I was six when the war broke out. I do not remember its beginnings. However, I am glad that the “Defenders of Starachowice” have their monument. It was erected nearby, serving as a permanent reminder of the German aggression.
I am a graduate of the Car Manufacturing Technical School in Starachowice, the Faculty of Mechanical Engineering of the Gdańsk University of Technology and the Faculty of Precision Mechanics of the Warsaw University of Technology. I was drawn to the car industry and despite the offer to stay in Gdańsk along with the work order obliging me to settle in Kętrzyn, I returned to Starachowice. Here, I was able to put into practice what I had learned, I could serve the city, its residents, as well as the car factory under construction. I was always ready to go wherever needed. Throughout my career, I have held many positions, I have never belonged to the faint of heart. I was directly involved in launching the manufacturing of numerous car series: Star 28/29, Star 66 and much newer models: Star 1142, Star 742 and Star 266. The latter were adapted for difficult terrain conditions. They were used in forestry, mining, energy, and national defense. They also traveled the roads of Asia and Africa.
I have always been active in efforts benefitting the local community. I tried to combine my professional work with my charitable engagements. I was a councilor of the City Council in 1990-1998, a councilor of the Starachowice County Council in 1998-2002, a judge on the District Court. I was one of the founding members of the Society of Friends of Starachowice. In the years 1982-1992 I was the vice-president, and in 1992-2009, the president of the Society.
Throughout my life, I have been developing my artistic interests. I am a graduate of the Music Center. I played the violin, initially in the school orchestra at the Industrial Gymnasium in Starachowice, led by professor Tadeusz Winnicki, as well as in the student orchestra during my studies at the Gdańsk University of Technology. The famous musicians, Henryk Jabłoński and Henryk Gostomski, were our conductors. After retiring, I devoted more time to composition and my passion for writing. My musical achievements include several songs with my own lyrics, thematically related to the Świętokrzyskie region. From an early age, I liked writing short stories and even poems. I took part in press competitions (Sztandar Młodych, Dookoła Świata, Słowo Ludu) winning awards and distinctions. Since my youth, I have also been involved in the art of charades, publishing in Szaradzist, the Sportowiec weekly, and the Chiny monthly. I am also the author of many aphorisms, epigrams, limericks, and epigrams.
My first book - published by Bellona Publishing House - was Boa noite, Angola! (1992), a collection of memories from my one-year business stay in the country. My following works include: In the Tropics of Angola (2001) and its Portuguese version Nos tropicos de Angola (2008), On the Edge of Paradise (2010, 2020), Twilight of the Starachowice Legend (2013), and People of the Starachowice Legend (2018). I promoted the book about Angola, published in Portuguese, thanks to the help of the Angolan Embassy in its capital Luanda, and in the city of Huambo, with which I was particularly connected. In 2011, my son Mirosław accompanied me on these promotion tours.
I have received many awards and distinctions in my life, including the silver badge for “Distinguished Cultural Activist”, a badge “For services to the Kielce region”, and the “Distinguished Citizen of Starachowice” medal. I have received awards for my professional achievements, including the Knight’s Cross of the Order of Polonia Restituta, silver Cross of Merit, and “Badge of Merit for FSC Starachowice.” In 2016, the City Council awarded me the title of Honorary Resident of Starachowice, and in 2018, to commemorate the 40th anniversary of its founding, the General Assembly of the Society of Friends of Starachowice awarded me the title of Honorary President.
My whole life is Starachowice, it is where I have a home, a family; my life is also the now non-existent Truck Factory, where I pursued my professional endeavors, and finally, Angola, a distant country in Africa, to which I gave a part of myself. I don’t know what my biography would have looked like if it weren’t for Starachowice, and the Factory, where I worked for 40 years. A large portion of my family worked in this factory - my parents, my wife, my brothers. It was our Factory, creating the history of the city since its pre-war years. The achievements of the factory, the achievements of the entire Polish car industry have been squandered and ruined. In my personal opinion, it was not a mistake on the part of the decision-makers, rather, a deliberate act. In some of my books, I return to the production years of Star, I try to recall the professional activity of the inhabitants of Starachowice and present the technical culture of the plant. These books were written as a memorial, despite the attempts to irretrievably erase these pages of Polish history. 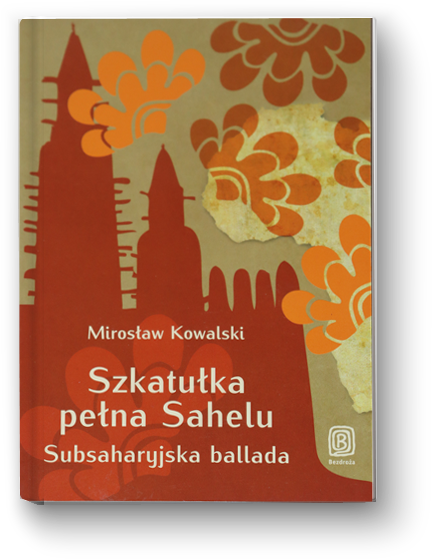 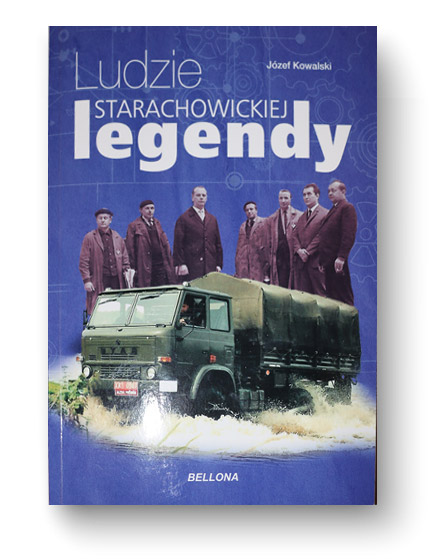 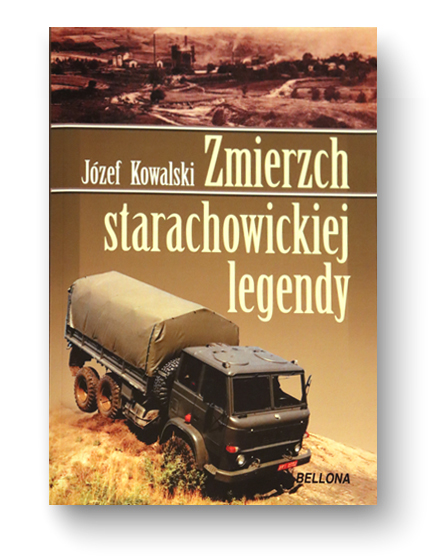 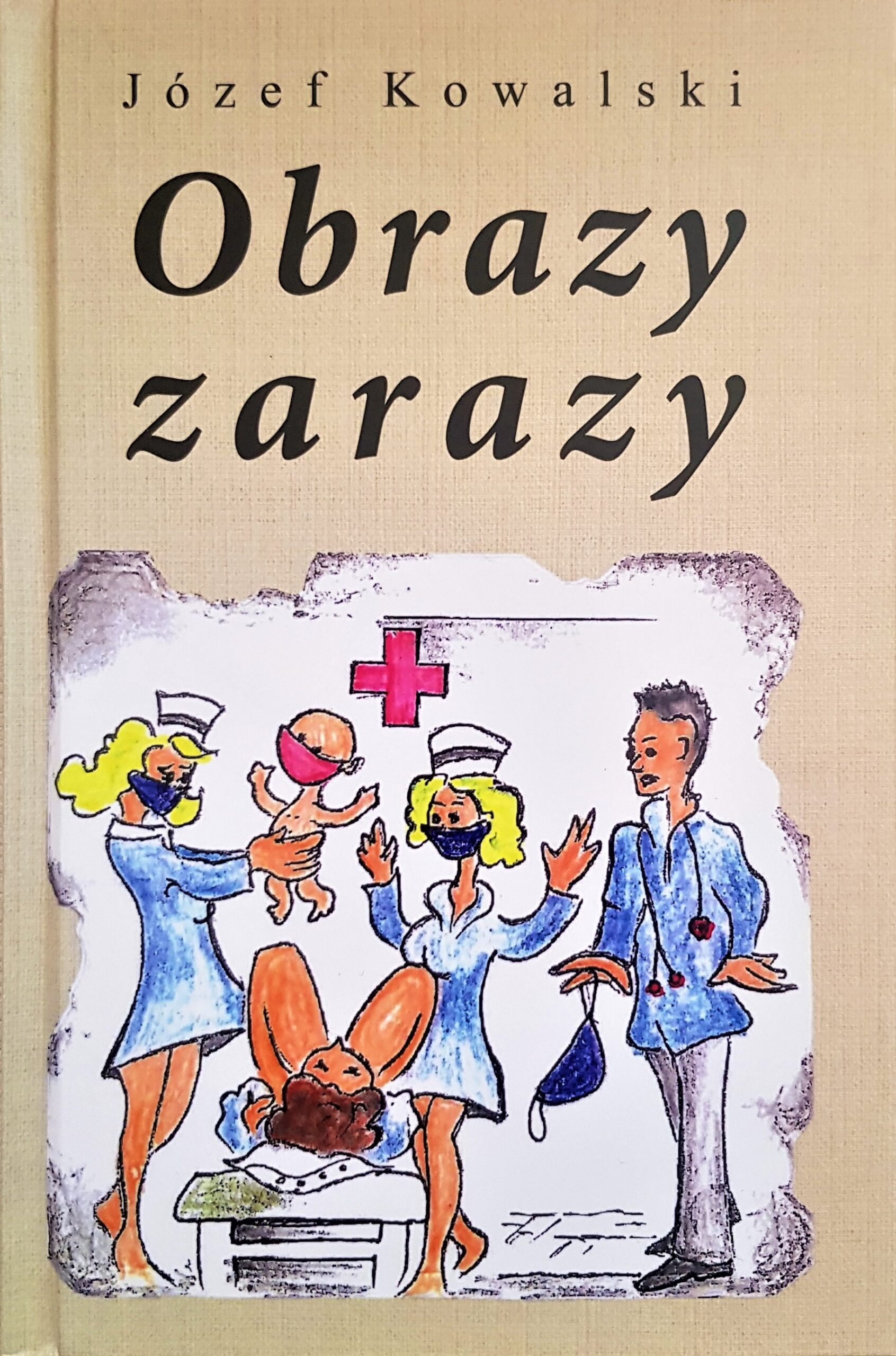 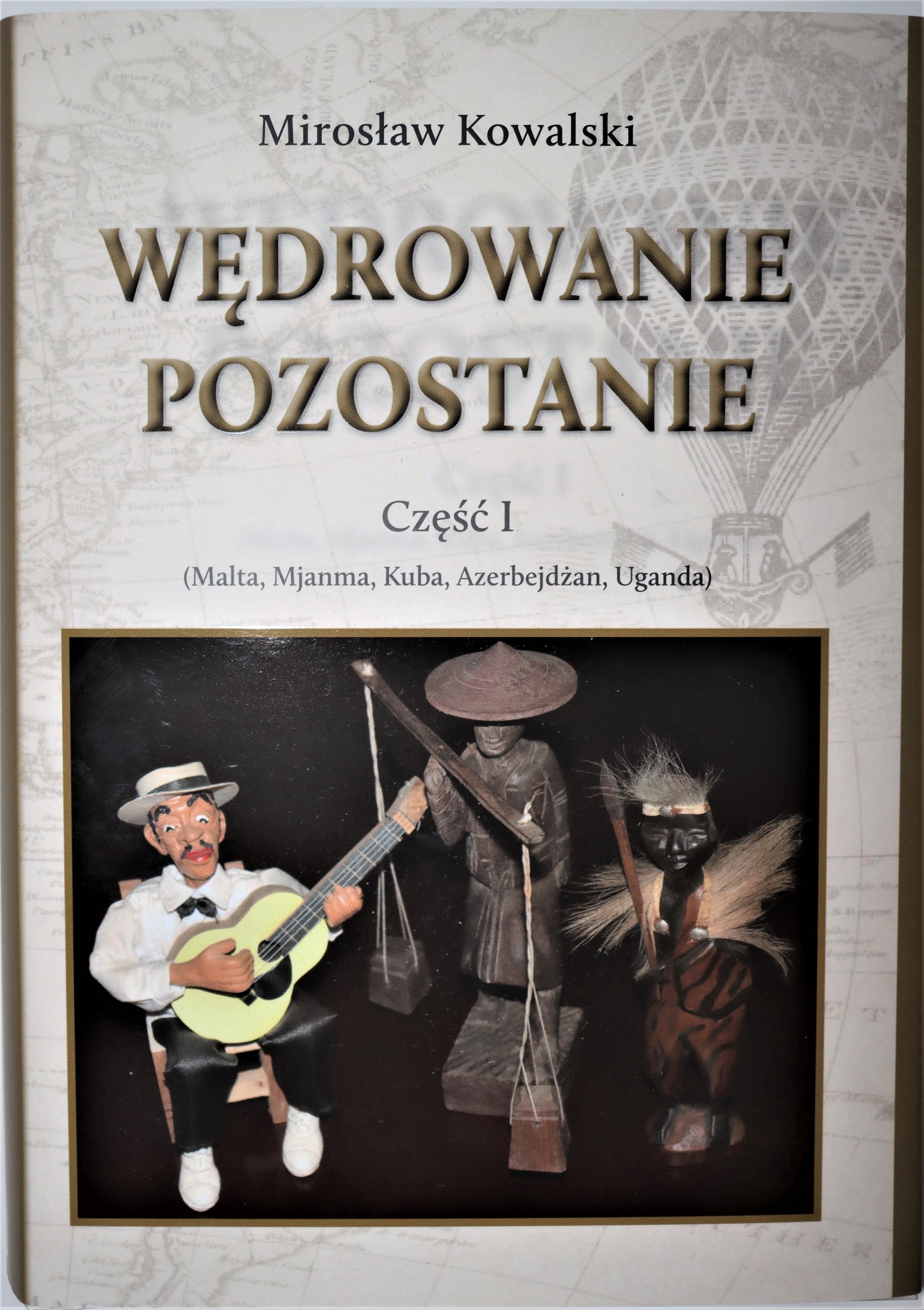